Feedback on the missions:

Below in spoilers is just a summary of how the mission went from my perspective. Actual feedback follows below.

Mission summary[+] Spoiler
* I was not as prepared for the B10 role as I would have liked to be, as I accepted it very shortly before game start. In particular I would have liked to recon the terrain a bit before mission start, if nothing else just to get a feel for what it would be like, I have not played on Pulau before so I didn't know what to expect. Of course this is not the fault of organizers or mission makers, just explains why my plan for the Bravo platoon assault and subsequent defense was quite vague and simple.

* Fortunately enemy resistance at the hill was weak, so we took our objective easily despite advancing over quite open terrain. B1 cleared out the area around the radar tower while B2 pushed through the eastern half and took the northern bunkers as well without much difficulty, with B3 providing fire support. Almost immediately after we took the hill there was a message of an impending NVA counterattack, followed by a sudden and intense artillery bombardment that caused heavy casualties in B2. As that squad was mostly destroyed and had no radio left, the survivors joined B3.

* However, after the bombardment there was no immediate enemy contact, so I followed the company plan and sent out a squad to the assigned forward area where they would attempt to ambush the advancing enemy. As they were moving towards their objective, the actual counterattack began, initially mostly from the northwest, so I recalled the advance squad and tried to organize the defense. In practice this meant "running around trying to find people", which I think will be familiar to anyone who has tried commanding.

* After a short while we started getting reports of enemy tanks in the northwestern area and soon after that I spotted a T-34 approaching our position along with at least one BTR-40 and infantry. The situation quickly turned bad as the tank started bombarding us from quite a far distance. I had not realized that there were extra AT supplies in one of the buildings in the base (although I am not sure exactly how much there was), so we only had a few M72 LAWs to fight back with.

* As I was peeking at the tank from behind a rock and trying to call in an air strike, there was an explosion and I died together with my 2IC and the platoon medic. (Note to self: 10 & 15 should never be next to each other when there is a fight going on...) At first I thought it was the tank, but other respawners told me that it was actually another artillery barrage and we managed to die to the very first shell.

* After respawning we formed up as a new Alpha platoon with Pepika as A10 and me as A15. We tried to retake the hill, which by then had fallen to the enemy, but the enemy armor proved very difficult for us to handle, especially as even air strikes seemed ineffective against them. However towards the end of the mission we did manage to get friendly troops back into the objective.

* In general the mission was fun and challenging, I would say the hardest of the AFI COTVT missions I have played in thus far.

* Technical issues - very few. A strange radio issue where K10 could not hear me, but I could hear him (and others could also hear me). After I died and respawned the problem was gone. Most likely a bug with TFAR. Other than that I saw some people respawn without uniforms. The napalm strike near the end murdered my FPS but as it clearly was just fireworks for the mission end, it did not matter. Everything else went really well without any problems.

* Commanding went OK. Squads mostly ran themselves and the squad leaders were good at suggesting or pointing things out, which made it easy for me. In general it shows when people are more experienced with commanding themselves, because they will not be afraid to point out information or give other suggestions, whereas others who are less experienced will just say nothing and then complain afterwards.

* It was a bit hectic at times with the company net in one ear and the platoon net in the other while also talking to people constantly in direct voice. I should have assigned my XO to monitor the company net while I focused on the platoon.

* Have read what others have posted (I don't speak Finnish but Google Translate gives me some clues), and I agree that the counterattack was very fast. We had almost no chance to reorganize after taking the hill, so the mission descended into chaos quite quickly.
In principle there is nothing wrong with that, after all trying to manage the chaos is what commanding is all about, but it felt a bit strange from a realism perspective that the enemy would be able to mount a counterattack that quickly.
Unless, of course, the NVA was planning all along to lure the enemy in with only a few defenders and then unleashing a big barrage and heavy assault while the Americans were overextended and unprepared - in that case it worked very well

* Also agree that the idea of respawners forming up new units is nice in theory but hard in practice. I have had a similar experience from other times trying it too. Maybe it works better if there's more of a planned structure for it from the start. Of course, having respawners rejoin their old teams has problems of its own too.

Night battle without radios and only flares for illumination - utter confusion. We won, somehow.

As a squad leader I had almost no idea what was going on at any point in the mission except for inside a 20 meter circle around me. This led to the humorous situation of us attacking the main base, which we thought was crawling with enemies (in reality there was 1 BLUFOR guy left inside) and shooting at anything that moved, which turned out to be... other INDEP. So much friendly fire. It is to be expected in a situation like this, of course.

Looking at the AAR it seems that BLUFOR sent out patrols away from the base to ambush us early, and some of them got caught by surprise when INDEP teams managed to sneak up on them, leading them to suffer a lot of casualties before we had even attacked their base. I think at one point there was something like 20 attackers vs 5 defenders left. I am not sure if staying back inside the fortifications would have worked better though. I know missions are usually designed to favor the attackers; hard to say if the attacker advantage was a bit too large or if the defenders just got unlucky.

There was a building in the main BLUFOR base (not visible in the AAR, so maybe custom placed?) that behaved quite weirdly. I tossed a grenade into an inner room and splinters hit teammates outside the building, through several walls. Maybe not entirely unrealistic for thin walls but certainly unexpected in Arma. 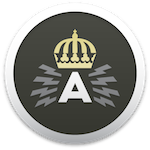