The year is 1989. The Berlin Wall has fallen. Soviet troops intervene to prevent a German reunification. Tensions rise and soon tank columns cross the border into West Germany. The Cold War turns hot…

A direct sequel to A Bridge Too Near, this mission depicts a counterattack mounted by a US Army tank company, followed by defending against a renewed Soviet offensive. The mission is armor focused with the only non-armored assets being recon units.

Situation
The enemy assault on the bridge has faltered thanks to determined resistance from British infantry. A US Army tank company (STOMPER) has successfully crossed the river and must now push back the remaining enemy so that follow-up friendly forces have room to maneuver. Following this, the company must defend against the expected second echelon of Soviet attackers. STOMPER is supported by HOTEL and ECHO recon elements as well as WHISKEY logistics element.

Mission
STOMPER will attack and destroy or render ineffective remaining enemy forces in the area up until the Ratzlinger-Hanstedt line.
STOMPER CO has operational freedom within the determined area of operations, with the following guidelines:
* Enemy armored assets and high-value targets (artillery, anti-air, logistics) should be destroyed.
* Towns and deep forests should be suppressed but should otherwise be bypassed whenever possible and left to follow-up forces to clear out.

2. Following the completion of the first phase, STOMPER will defend the Ratzlinger-Hanstedt line. The enemy must not be allowed to cross this line. Enemy second echelon is expected to arrive at or slightly after 2000 hours.
STOMPER CO has full operational freedom within the determined area of operations and is expected to wage an active, dynamic defense.

Enemy forces
The enemy operating in the general area consists of elements of the 207th Rifle Division.
Phase 1: Scattered remnants of a battalion from the 41st Motor Rifle Regiment.
Phase 2: Lead battalion of the 16th Guards Tank Regiment.

Whenever possible tanks shall have a 3 player crew. Signups are done per tank.
There will be 1 respawn wave once the first phase is completed. All dead players will respawn and all destroyed vehicles will be replaced, to represent reinforcements. However, replacement tanks will have 50% ammunition load.
There will be two logistics vehicles (M113) that will be able to repair and re-arm tanks. They will have effectively infinite ammo supplies, but can be destroyed.
The recon helicopter is unarmed but is equipped with a recon pod, operated by the observer.
The recon team is equipped with a few AT mines, as well as advanced laser rangefinding equipment.
The mission will have a 10 minute setup time, during which time players must stay within the indicated setup area.
After mission is live, players should remain within the combat area (not go into greyed out areas).
The enemy second echelon (phase 2) will arrive at least 60 minutes after the mission is live.
If the players inflict sufficient casualties for the enemy attack to fail, the mission is a success.
If the enemy achieves a decisive breakthrough of the Ratzlinger-Hanstedt line, the mission is a failure. Insignificant breaches (ie single enemies sneaking past) do not count as failure.
Should STOMPER suffer catastrophic casualties during phase 1 (80% or more), the respawn will be triggered early to allow players the chance to still complete the mission. However, this means that no reinforcements will be available once phase 1 is complete. 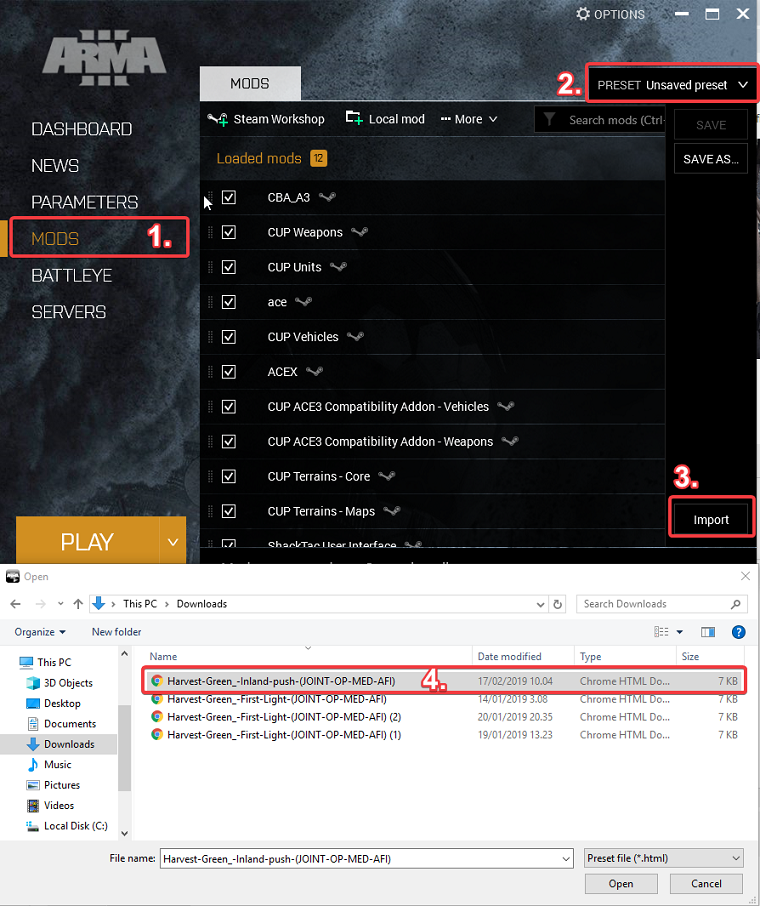 The following client side mods are not required, but are highly recommended:
Shacktac UI
JSRS Sound mod with CUP compatibility

Users browsing this forum: No registered users and 3 guests